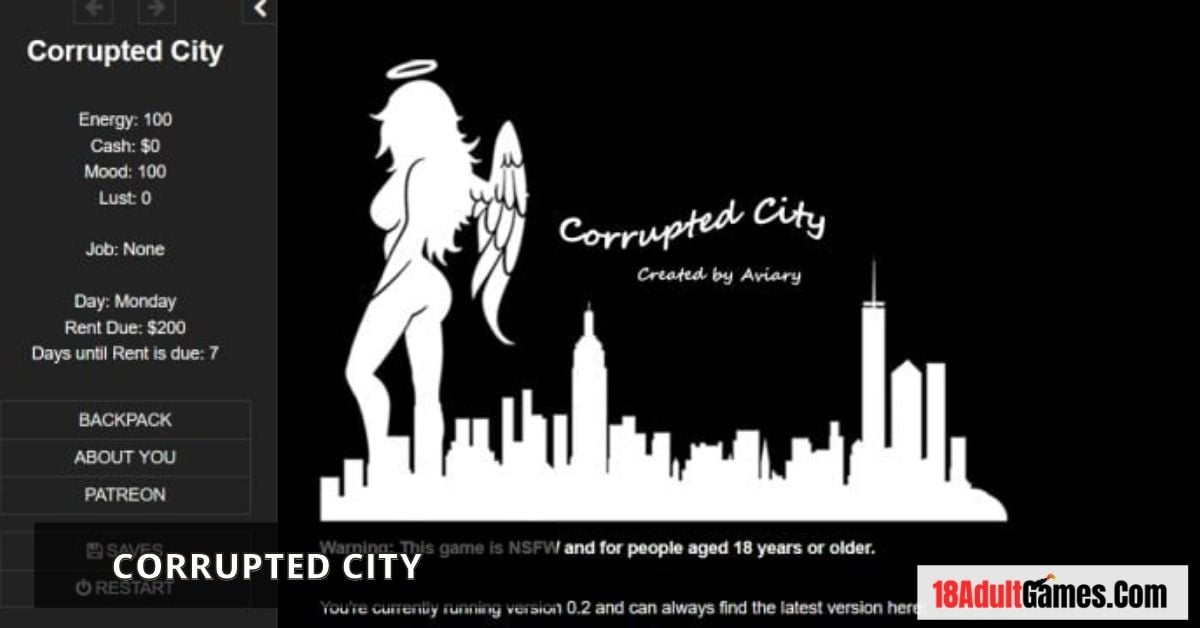 Corrupted City is a choice-based sandbox.

You can play as male or female with each character having different locations, characters and storylines. As Samantha, you recently moved to a small town with your boyfriend after he received a job offer. You left your friends, family, and job behind even after everyone told you it was a bad idea.
2 months later he has disappeared and you have no job, no friends and are not familiar with the city. With only $100 to your name will you let this city corrupt you in the search for your boyfriend?
As Jason, you are Fixer in the criminal underworld. Will you use your connections to help Samantha search for her boyfriend? Or will you attempt to corrupt her at every opportunity? The smallest decisions can drastically change the future. Choices you make will have consequences for you and the people you meet in your story.​ 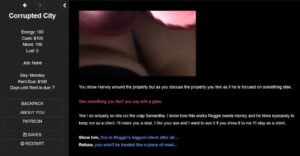 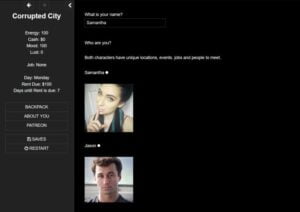 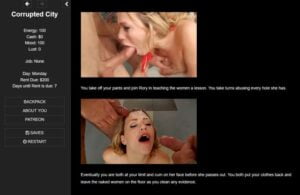