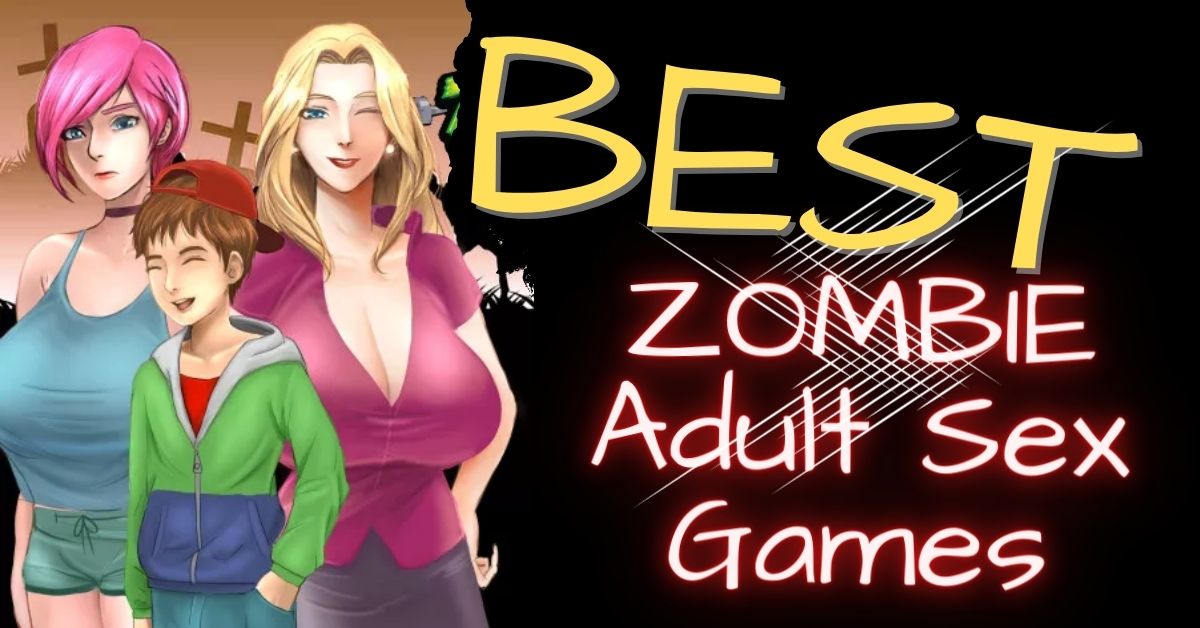 Welcome to Camp Zomi! A lush resort located in the heart of The Zomi Woods: A region well known for its gorgeous sights and rich history. Looking for a place to get away? Camp Zomi’s campsite is full of fun activities! Take a dip in the cool waters of Lake Zomi, hang out with friends in the Rec Center, or take a refreshing hike through our beautiful trails. Your Deluxe Retreat is just a phone call away!”

Zombie’s Retreat is an action RPG involving a young man on a summer camping retreat. What’s intended to be a bonding experience turns horribly wrong when a sudden evil outbreak spreads across the camp. With very ‘strange’ circumstances surrounding this new found threat, it is up to the player to save any and all survivors while attempting to escape in one piece!

The story of a world plagued by a virus, that has killed all adult males, leaving only women, and young males alive. However they are not alone, for zombies stalk the streets seeking to turn them into zombies. You take the role of a young boy, who is a building a shelter so his mother and sister can survive the zombies that now plague the city.​


Survive & Thrive in these lewd times – With death knocking on every door, food and water supplies dwindling, it’s up to you to keep your fellow survivors safe. That is, if you can find them in time… Who could have known the dead would have this kind of effect on people? After all, is said and done, this might still turn out to be the best getaway ever!​

Terminal Desires is an erotic, zombie-themed, role-playing game made with RPG Maker MV. Set in a fictional version of Earth where incredibly skimpy outfits and huge proportions are the norms. Control police officer Tiffany Neil as she and her partner investigate a mysterious distress signal from the small, secluded town of ‘Ashton Lake’ and uncover the horrors within.
Explore the town, face fearsome enemies in combat, make important story-defining decisions and sexual choices. Will she submit to her every desire? Or will she resist and uncover the shocking truth hidden deep within the town’s walls? Her fate along with the towns is yours to decide…​

Now & Then is a story of Jack (or a name of your choosing) Brooks, a widower who lives with his adopted teenage daughter, Carol, during the aftermath of a global pandemic. Throughout the story, players witness the string of events that finds Jack adopting Carol and how they grow into a family unit before the collapse of civilized society. Inspired by Stephen King’s The Stand and numerous zombie movies and books, Now & Then is a tale of survivors learning to cope with life as it comes to them.

“Paccsu – Namu’s Journey is a LEWD RPG game set in a fantasy world called Paccsu. You take control of a Muh’kean girl called Namu, who was taken away from her birth parents at a young age to be a part of a holy ritual in Muh’kea’sdesperate attempt to fight The Undying King, the King of Zombies.

She was taken to the Kingdom of Ruo’ho by a human refugee couple to live by the shadow of the mystical Tukeva Tower, where she would live her life, train and grow strong. 18 years later, Namu is ready for the adventure with the help of her adoptive parents. Namu has no idea what happened in her past or has any memory of it or what kind of power she holds inside her. Soon, Namu finds herself in the middle of a crisis that threatens the whole world.
Namu’s journey begins when she is sent to investigate the mines where dangerous and bootylicious snakes from the Clan Tiss’i have been attacking the innocent human workers. It’s Namu’s job to save the world.”​

This a parallel universe, where a virus outbreak is turning people into monsters and where a journalist has to learn how to kick some ass in order to save her own.

I have a plan to make more of these, but let’s see if you like it first.​

I Walk Among Zombies

Yuusuke was a shut-in with a dislike of other people until the zombies appeared. Fortunately for him, for some reason, they wouldn’t attack him.

As he was exploring the zombie-infested town, he came across Mitsuki and her brothers holed up in a supermarket and started living with them.

Just as they were adjusting and feeling happy with their new life, an unfortunate incident occurred that spelled the end of their time in the supermarket.
Instead, they took flight for the town hall, where they’d heard the rest of the survivors had taken refuge.

When the zombie invasion began, no one took it seriously. Including you. Until an outbreak occurred in the town next to your own. As a teenage boy with no parents, you were guided to safety by your older sister, Mary. Yourself, Mary, and your adoring little sister, Valerie, have spent the last 3 years in the cramped bunker that your paranoid father built and stocked with supplies. However, supplies are running out. As the ‘man of the house,’ it is up to you to venture out into the lifeless, post-apocalyptic city (now under quarantine by the army) to find food and supplies to sustain your family. And, of course, if there happen to be any cute girls out there … It’s a New World Out There.

You are the only guy in a small group in the midst of the zombie apocalypse.
As your attraction to others has grown, so has your libido and boldness. Unfortunately, no one else seems to share your desires and, except for a recent act of bravery, your actions now find you in danger of being expelled from the group.

While this VN contains zombies, they are the background to how the characters’ relationships are affected by their new reality.

What happens if a vampire, zombie, alien, necromancer, and ghost form a team? Everyone’s gonna be fucked… including them.​